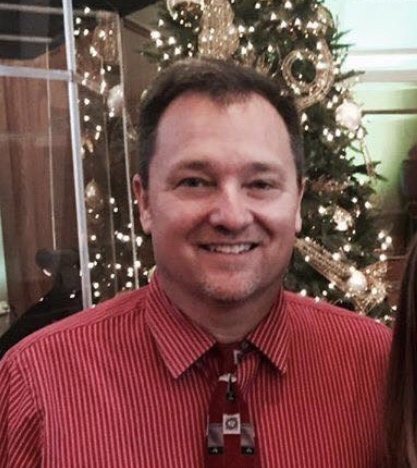 My husband Kendall is not only the most inspirational educator I have ever seen but he chooses to share joy with his students every day even after experiencing profound suffering. He has lost both of his sons. Zac lost his battle with Cystic Fibrosis in 2014. Within a week Kendall returned to the podium to run marching band rehearsals. He poured himself into his students to make sure they didn’t miss a beat. Then this past November Kris passed away after battling Leukemia. Two sons. While at first he didn’t think he could return to work after such loss he did return. His band kids have seen firsthand what true grit sacrifice and perseverance look like. And he found ways-even through his grief-to give them joy & let them see his joy. To know that together through creating beauty they’re spreading joy. His marching band show in 2012 was titled simply JOY. That show earned his band a state championship. Today Kendall is the Director of Bands at Manatee High School in FL. He has some lofty goals and dreams for his students and I know that the grant would go a long way to help make those dreams a reality. And the cruise? People keep saying we need a vacation to heal to rest maybe experience some Joy. 🙂